We’re a family. We’re a part of local communities. We’re constantly changing, innovating, and working towards a brighter future together.

We’ve always been a part of the FIRST community, starting off as a small FTC team and developing into the FRC team that made it to the 2019 World Championship. Since the first group of members graduated in 2015, we experienced a “soft restart” and rebuilt our knowledge base with curious rookies. Since then, we’ve been steadily gaining new members, mentors, and presence as a team that promotes STEM education in our community. We gained expertise by building friendships with other FTC teams and expanded our program through our outreach events, even recruiting new members. In 2018, we had a stellar season and were able to win the Northern California FTC Championship. A year later as an FRC rookie team, we earned a spot at the Houston Championship and were especially happy that we were able to finish in the top fourth of all the teams that competed at Worlds.

Celebrating our accomplishment was important, but the graduation of core leadership was coming up and as we began to ponder this problem for the next season, the pandemic hit. Our team stayed as a tight-knight community, checking in with each other and hosting meetings over Zoom to discuss events beyond building the robot. We sent care letters to hospitals, trained members who were interested in virtual skills like programming and CAD software, and still did FRC dances to keep the spirit alive.

While the pandemic created many challenges of its own, we took this opportunity to rethink the organization, systems, and structure of our team. Since then, our team has shifted to becoming almost entirely student-run, seeking to reinstate an effective and lasting framework — one that will not be affected by graduating members and only grow stronger as we gain more new members. With knowledge from our past experiences, along with our recent qualification for the world championship, we are prepared and excited for what the 2023 season will entail. 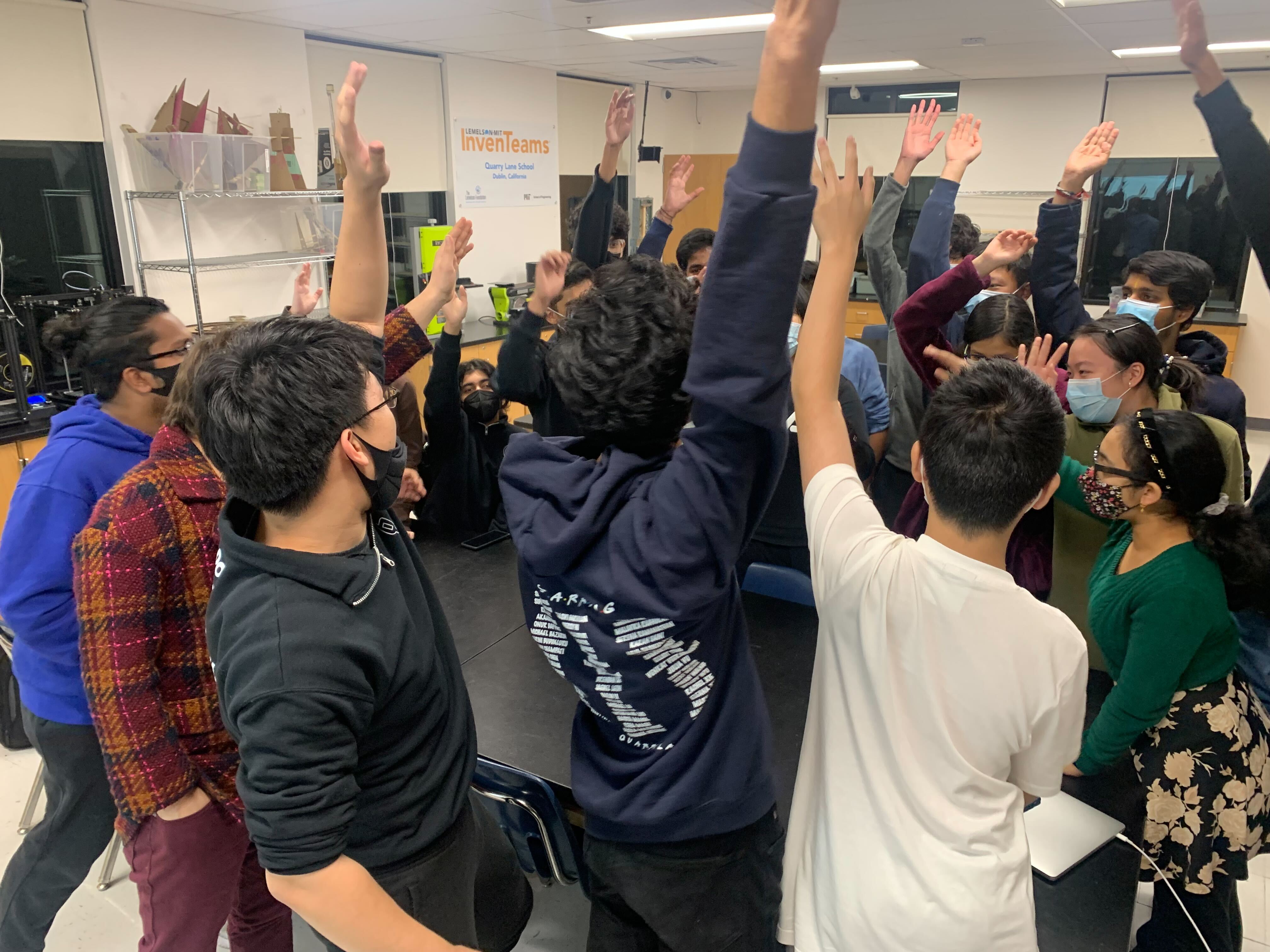